People have been fishing for thousands of years. Every person fishing has had the same problem - finding fish and getting them to bite. Although sonar can’t make the fish bite, it can solve the problem of finding fish. You can’t catch them if you’re not fishing where they are - and the Lowrance sonar will prove it.

In the late 1950's, Carl Lowrance and his sons Arlen and Darrell began scuba diving to observe fish and their habits. This research, substantiated by local and federal government studies, found that about 90 percent of the fish congregated in 10 percent of the water on inland lakes. As environmental conditions changed, the fish would move to more favorable areas. Their dives confirmed that most species of fish are affected by underwater structure (such as trees, weeds, rocks, and drop-offs), temperature, current, sunlight and wind. These and other factors also influence the location of food (baitfish, algae and plankton). Together, these factors create conditions that cause frequent relocation of fish populations.

During this time, a few people were using large, cumbersome sonar units on fishing boats. Working at low frequencies, these units used vacuum tubes which required car batteries to keep them running. Although they would show a satisfactory bottom signal and large schools of fish, they couldn’t show individual fish. Carl and his sons began to conceptualise a compact, battery operated sonar that could detect individual fish. After years of research, development, struggle and simple hard work, a sonar unit was produced that changed the fishing world forever.
Out of this simple beginning, a new industry was formed in 1957 with the sale of the first transistorised sportfishing sonar. In 1959, Lowrance introduced “The Little Green Box”, which became the most popular sonar instrument in the world. All transistorised, it was the first successful sportfishing sonar unit. More than a million were made until 1984, when it was discontinued due to high production costs. We’ve come a long way since 1957.  From “Little Green Boxes” to the latest in sonar and GPS technology, Lowrance continues to lead in the world of sportfishing sonar. Read more...

See the incredible amount of detail the Lowrance LCX16ci can display thanks to its superior screen resolution and advanced sonar processing software. The screen below shows the LCX16ci version 1.9 recording a shoal of Sandeels in 60 feet of water between Alderney Island and Casquet Lighthouse by Bertrand Picarda in May 2001. The boat had an HSWS 50/200DX transducer mounted inside the hull which was shooting through 10 mm of plastic fiber. The boat was drifting at 2 knots on a calm sea.


The Sandeels were located on a sandbar during slack tide when they pop out of the sand to feed on plankton and were fished for using a set of 10 feathers on a number 8 hook terminated by an 80 grams jig. The Sandeels are caught to be used later as livebaits to catch Seabass. The LCX16ci was able to locate Sandeels individually as single fish arches despite heavy plankton and the small size of the fish ( 20 cm long and no more thicker than a pen) but was also able to mark the jig and the set of feathers. The unit settings were ASP normal, 50% Ping speed, SCC low, Sensitivity 96% and ColorLine 80%. Lowrance's Sonar Viewer software allows us to play back the whole scene on a PC to demonstrate the fantastic resolution and the incredible target and bottom discrimination of the LCX16ci unit. This is an example of the endless applications of Sonar Viewer.
Lowrance Lcx16ci - Wreck Recording- Sonar Viewer Application

See the incredible amount of detail the Lowrance LCX16ci can display thanks to its superior screen resolution and advanced sonar processing software. This is real sonar action recorded in May 2001 by Bertrand Picarda close to the channel entrance of the port of Saint-Malo and then played back on a PC using Sonar Viewer software. Notice that it is coming out in color and offers fantastic resolution and perfect bottom, structure and fish discrimination.

Screen Interpretation: The screen below shows a wreck close to a reef. It has been lying there for several years but is still in good shape. It is not very deep (54') but it often provides shelter for fish like Pollocks as you would expect. On the day it was recorded there was a buoy on it probably attached to a lobster trap. The LCX16ci detects precisely the thin rope (1) from the buoy, the wreck itself (2) with its hull lying upside down clearly separated from the bottom by the ColorLine, the large fish in the « pool » of the wreck (3) which protects them from the tide and the little baitfish circling around it (4). There is a heavy « surface clutter » (5) due to the current and the plankton causing surface disturbance.

On the left of the main body of the wreck you can see a darker structure (6) that the unit is detecting and displaying in red thus indicating a much harder part of the target. This is actually the rear of the boat with much more metallic pieces coming out stronger than the wooden hull. On the wreck you can see some weeds as well as around the metallic structure in purple color. The unit's setting was Sensitivity 96%, ColorLine 80%, SCC off and ASP low. This is why we can see so many little echoes caused by tide bubbles, sand, weeds in suspension, fish and current disturbance. Notice that the unit is cutting through that with ease showing only the most useful information to the discerning angler.

A close up interpretation shows how much you can get from a top class fishfinder. The « cloud » extending behind the line in (1) is the echo created by the vibration of the line against the tide current. This explains why there wasn't many fish on the wreck and why fish can be spooked by anchor rope or thick fishing line. The amount of information revealed by the Lowrance LCX16ci is simply outstanding.

Please note that the following points have to be adhered to, when installing a fishfinder.

When at all possible install the transducer on the port side (left-hand side) of the boat - away from the cable etc going to the motor.
Reason: The transducer cable can pick up the sparks from the motor and this is shown as noise on the screen.

The transducer cable must not hang loose.
Reason: A loose cable can easily get caught in something and be pulled thereby damaging the cable and the transducer.

Do not cut the transducer cable.
Reason: Inside the cable are many tiny strands of wire. It is virtually impossible to connect each wire again, which is necessary for the best reception.

Wire the powercable directly to the battery instead of to a switchpanel.
Reason: To prevent noise from other electrical installations.

When installing a ratchet-type transducer (large “Skimmer”) on a beach-launching Ski Boat, the little ratchet-rings must be removed.
Reason: When the boat hits the beach the bracket will get damaged if the ratchet is not removed.

Be sure to fit the in-line fuse.
Reason: If the motor’s voltage “spike”, over-voltage can damage the unit.

When installing a transducer inside the hull make sure that there is no air in the area, where the transducer is mounted.
Reason: A transducer can read through fiberglass etc, but not through air. To find the best place to install a transducer do the following test:

When gluing the transducer down, make sure all air is out of the glue and glue it on the last layer of fiberglass.

Make sure the angle of the transducer is correct, when installing it.
Reason: The transducer is a transmitter and receiver in one, so it has to “catch” the sound-signals being bounced off the bottom. If the angle is too big, the sound-signals will bounce off the bottom in the opposite direction. Remember that the boat is not sitting on the trailer in your driveway the same way as it is sitting on the water.

Reason: The manufacturer’s installation instructions are very explanatory and should not only be read, but also followed.

If in doubt - ask.
Reason: We are here to help. It is in our interest that you get the most out of your Lowrance unit, so that you will recommend it to your friends. We are proud of our products and want them to work the way they are intended.
Vertical Pixels
The word "Pixel" is derived from "picture element". Pixels are the little dots, which make up the picture, so the more pixels, the clearer the picture, and most importantly: the more definition. The number of vertical pixels in a liquid crystal display is directly related to the amount of screen resolution and detail the angler can expect to see. So, the more vertical pixels there are, the better the detail and the better the target separation!

It is therefore very obvious why "pixel count" is critically important to any fishfinder's ability to display detail, especially when targets are schooled tightly, and let's face it: if an angler doesn't see a fish, he's probably less likely to catch it! 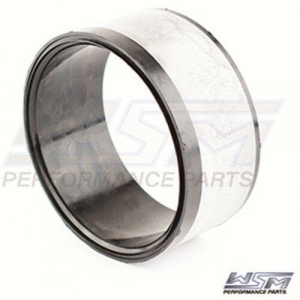 R 195 each Red Lid For Capsize Bottle (Lid Only!) COLLID
No vote 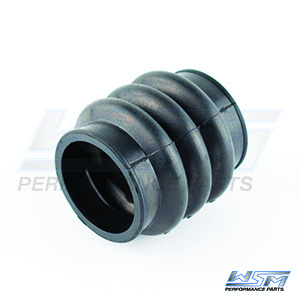 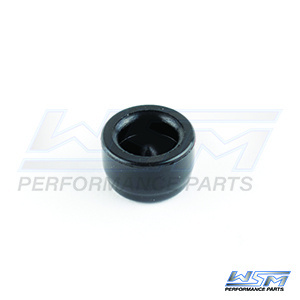